The Smartboil design allows for the flow to be carefully maintained at any stage of the process and at any fill level in the wort kettle. This prevents scorching of the wort and fouling, which can negatively impact quality, particularly while the wort is heating up to boiling. Gently heating the wort produces better quality beer while also saving time, energy and cleaning costs.

The Smartboil system provides a consistent level of flexibility for any batch size from 40 – 110 % of the nominal output of the brewhouse.

The low level of thermal stress over the entire boiling process is accompanied by technical benefits for the finished beer with regard to shelf life and foam stability. 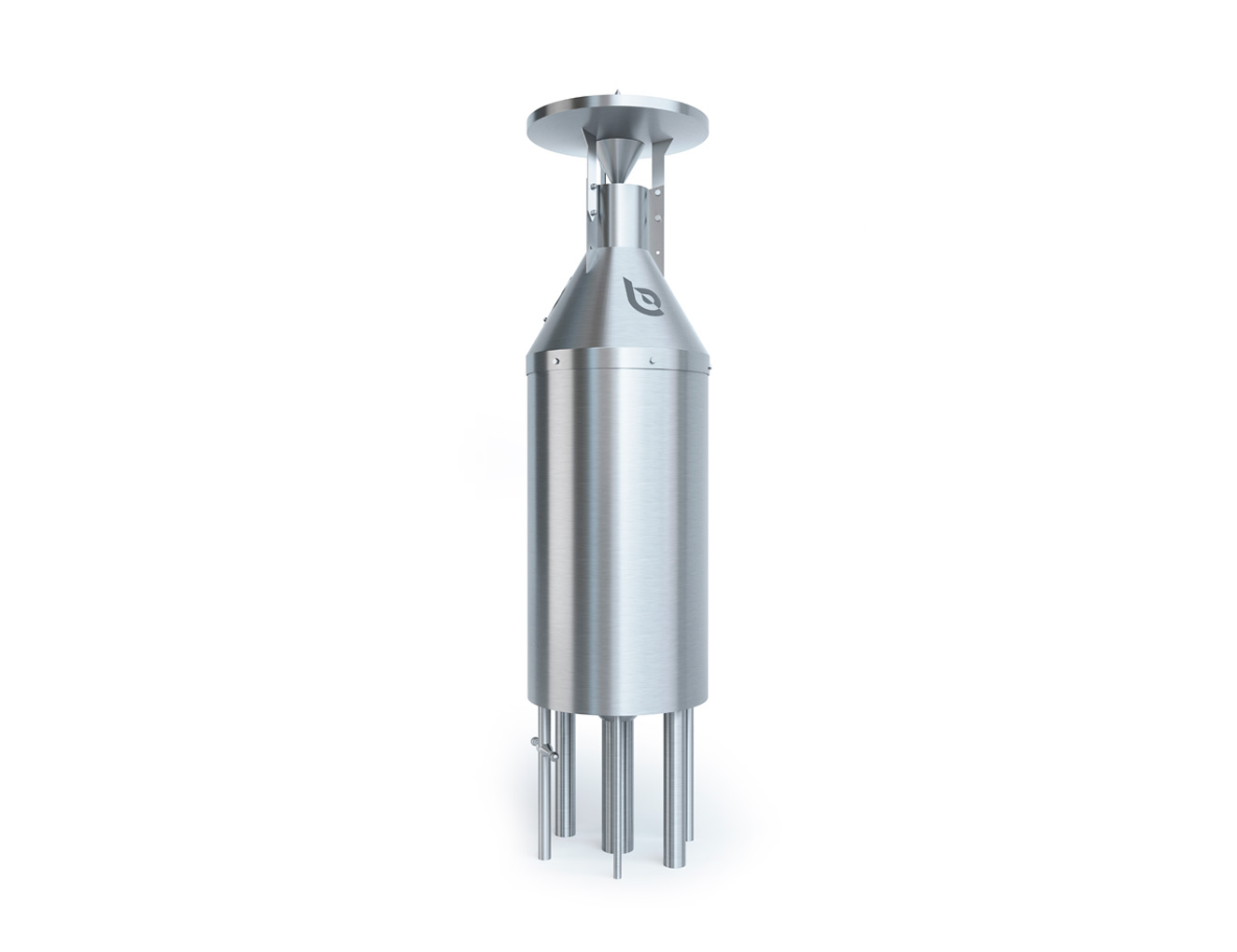 A number of factors with the Smartboil system allow production of wort of the highest quality with very low energy consumption:

The wort boiling process is optimized by dividing it into discrete stages: the wort can be held at a constant temperature near boiling but can also be vigorously boiled. A combination of this kind of heating efficiently removes unwanted aroma compounds, such as DMS, while saving significant amounts of energy.

Whether the wort can flow at the highest possible rate through a calandria with the heat transfer medium set at a low temperature is entirely a question of the tube bundle design. The tube geometry in the banke internal calandria is perfectly matched for any size brewhouse. An hourly circulation rate of 30 to 50 times per hour ensures maximum homogeneity of the wort.

Cleaning in place only after the production of 30 batches of wort? This is not a problem because fouling of the heat transfer surfaces is greatly reduced with the Smartboil compared to conventional boiling systems. 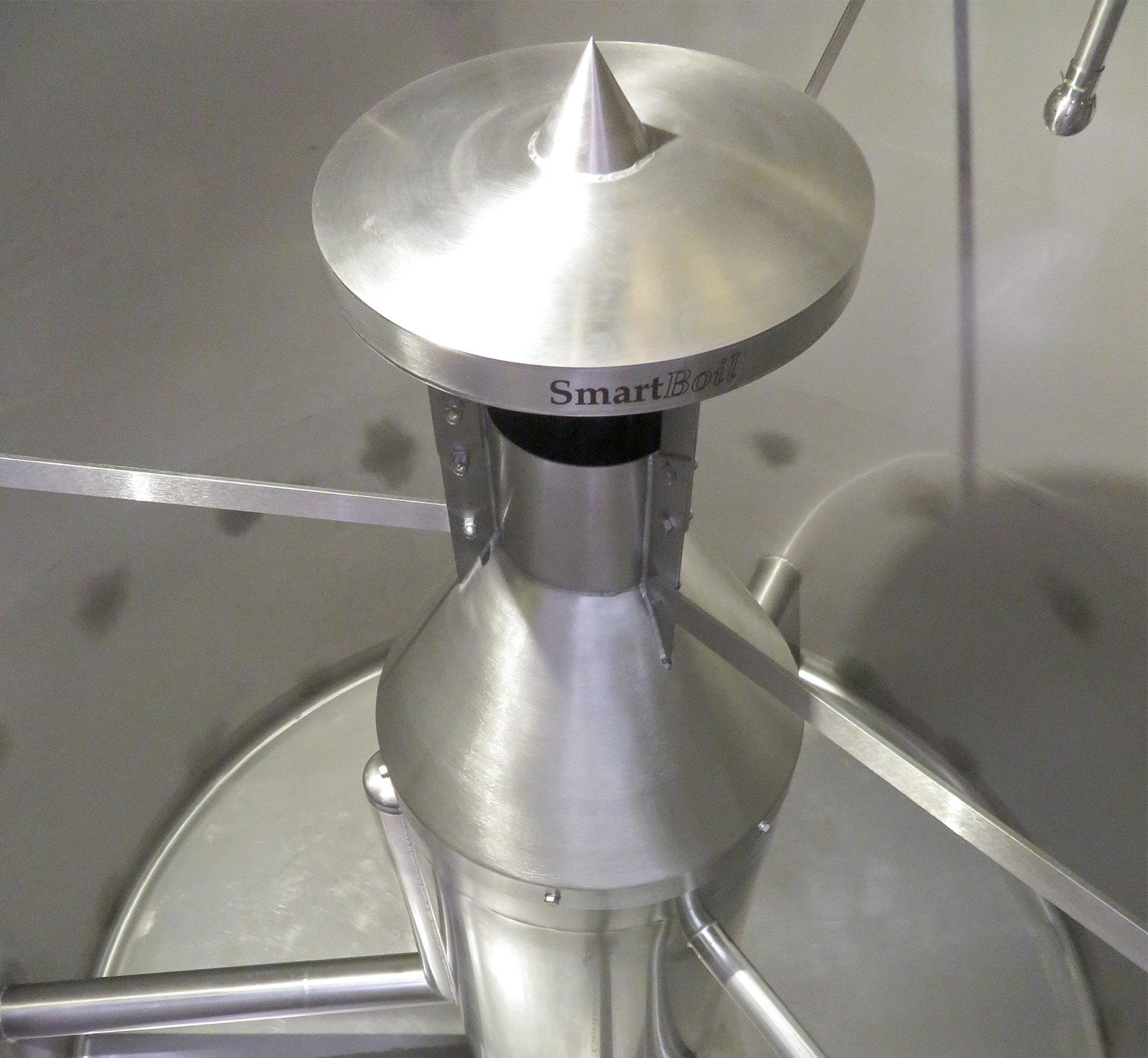 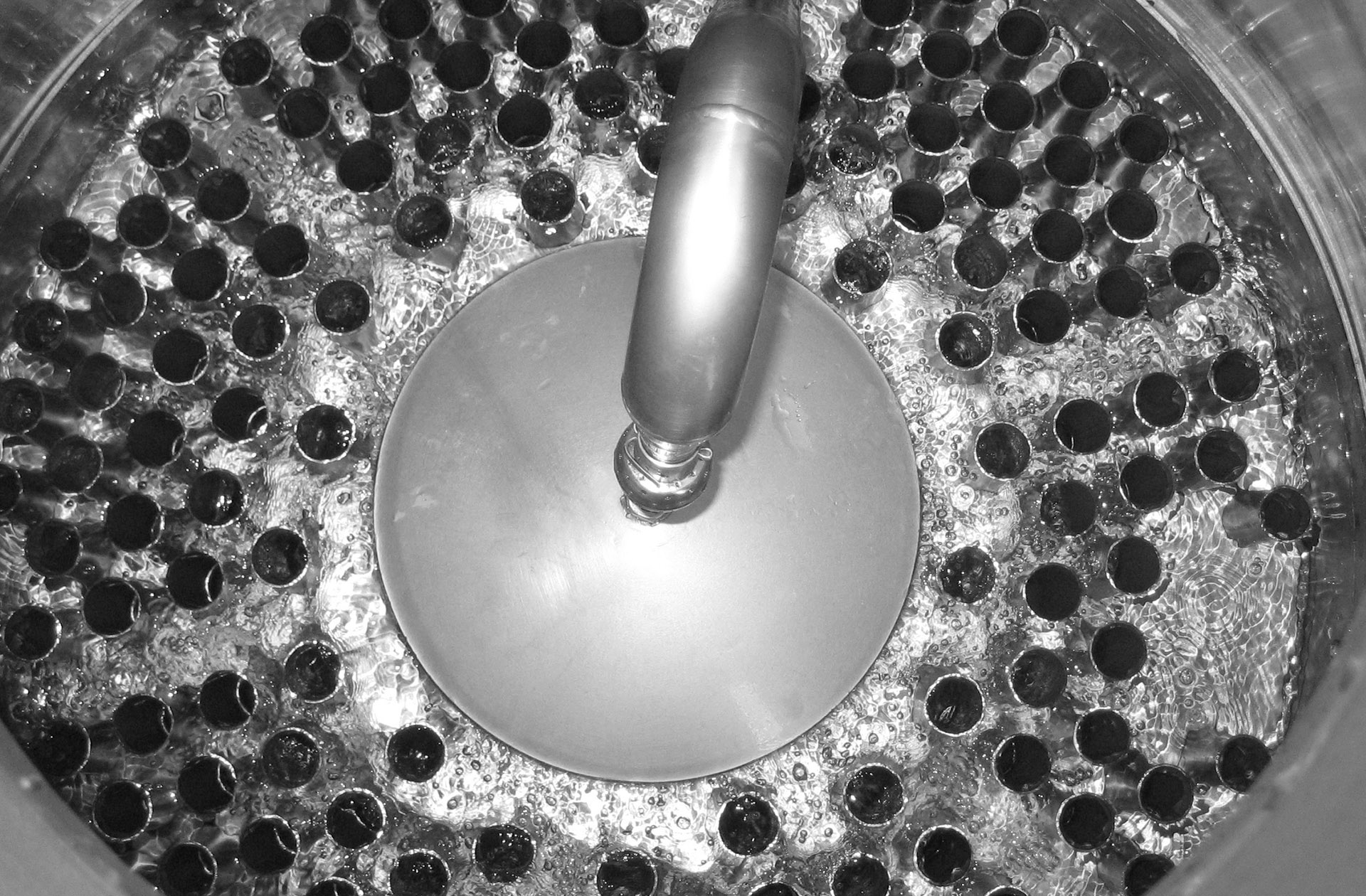 At lower fill levels, the wort is pumped through the central pipe of the SmartBoil internal calandria. The system feeding the calandria distributes the wort evenly as a thin film over the tubes, creating a falling film which covers the entire heat transfer surface enclosed in the calandria. This gradually heats the wort and produces a gentle boil. The SmartBoil design allows heating to commence while the wort is entering the kettle, even before the entire heat transfer surface is covered. Peaks in steam usage can thus be reduced. 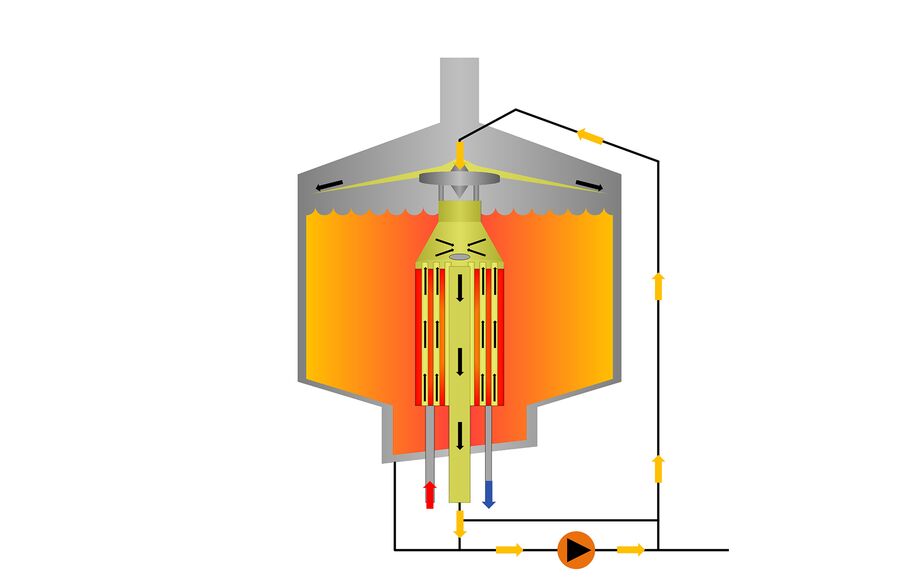 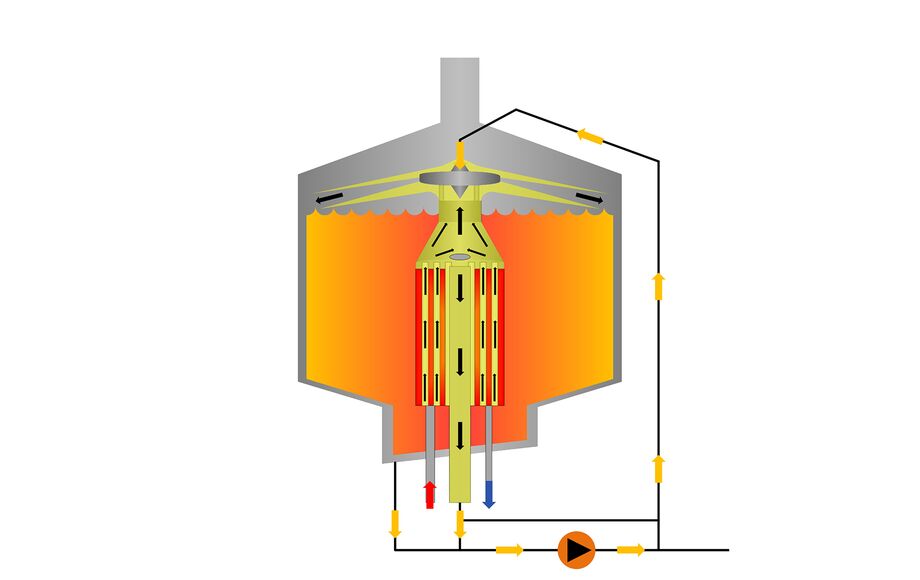 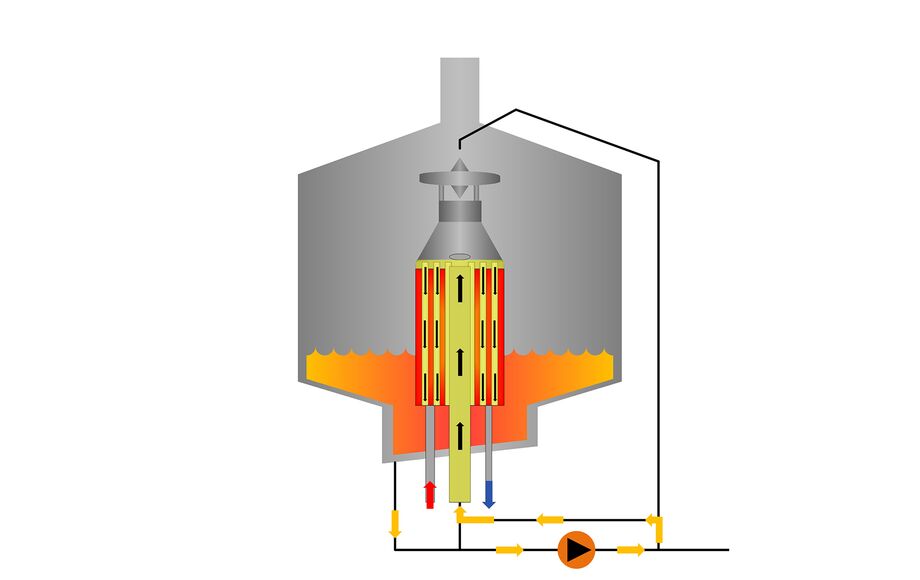 Heated wort is pumped into the tube bundle through the central pipe. The cooler wort is carefully metered into the calandria by the pump and heated without producing a pulsing motion.

OTHER PRODUCTS FROM OUR PORTFOLIO 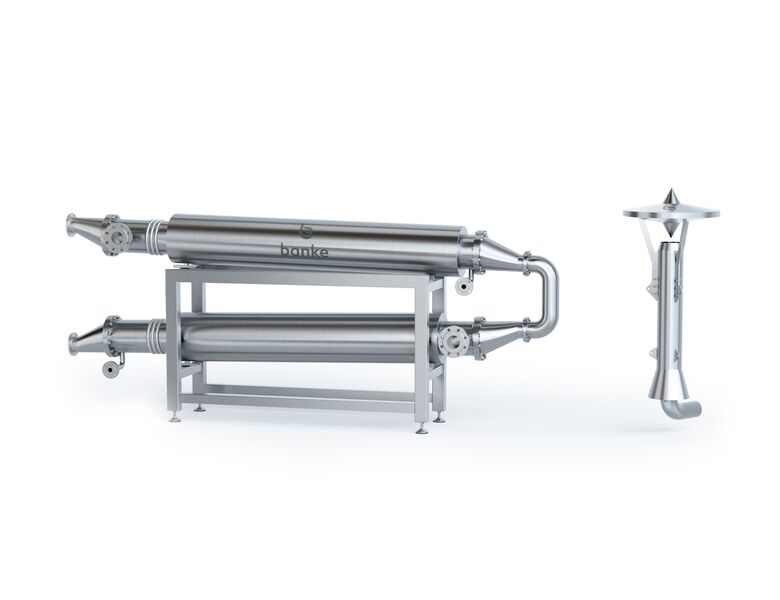 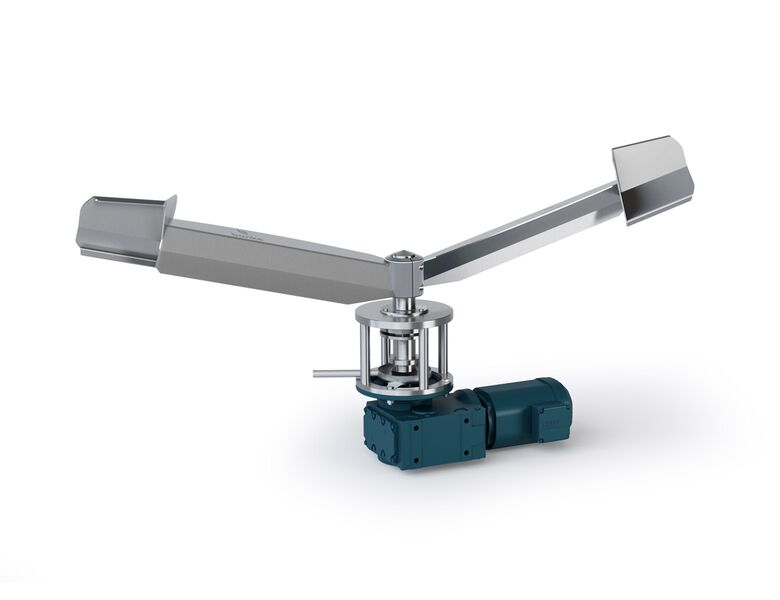 Efficient and rapid distribution of heat throughout the mash can be achieved with the banke agitator – gentle treatment of the husks also means shorter lautering times. 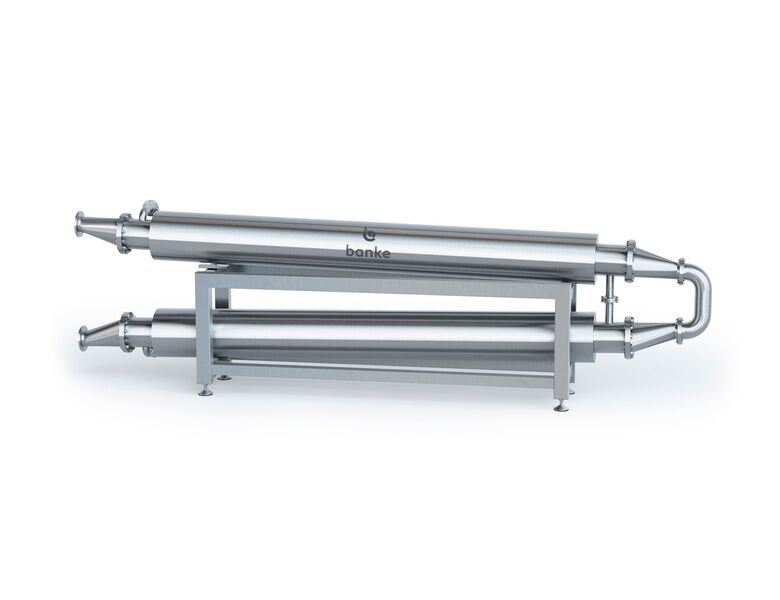 Very low DMS values and fine hop aromas can be achieved with the banke wort pre-cooler. Larger particulate matter does not obstruct the wort pre-cooler, making it ideal for late hopping applications.